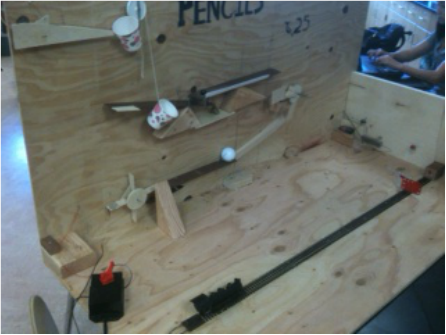 What went well with our group is that we were all doing different things at once.  For example, Poh was making a light while I was working out the math.  Also, we all shared ideas on the project.  If you look at our project you can point out at least one thing that each of us thought of.  The fact that everyone enjoyed the project is also another factor that went well.
One thing that I did well was I did not take control over the whole project.  I let everyone contribute.  For example, I let Poh build his light bulb.  Another thing I did well was play my part in helping create the whole project.  I worked hard and efficiently.  I even did all the math for our group.
One thing I learned about myself is that if I am truly curious about a subject, then I can think and work very intelligently in it.  I was very interested in all the math behind the project and I was able to comprehend it all easily.  Another thing I learned about my self is that I can memorize my presentation speech easily if I know the math, because the rest is just putting the math into words.
One new skill i gained was how to use a powered saw.  Mr. Williams taught me how to make some cuts with the saw.  I also gained the skill of making a project look nice.  I learned this when Mr. Williams told us to nail from the back and not the front.
One thing I could have done better was stay concentrated for longer periods of time.  After completing one math problem, I would sometimes go talk for a little before I did another one.  I will continue to try and increase my concentration skills.  Another thing that I could have done better was organize my math work.  I ended up with a lot of papers and sorting out to do in the end because I was messy with my math.  Next time I will remember that and keep my math organized. 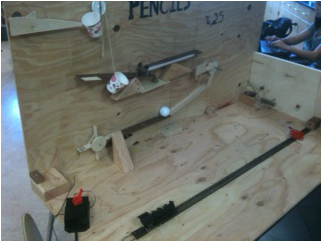 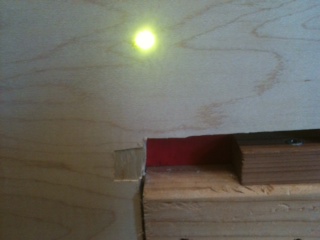 This light is an indicator that the machine is in process. The slot is red now, but will switch to green as your pencil is dispensed. 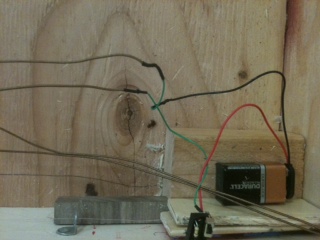 This is the battery connection to the light. 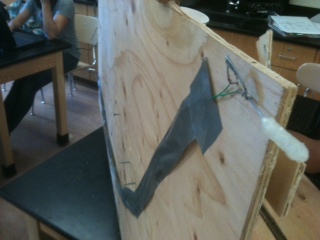 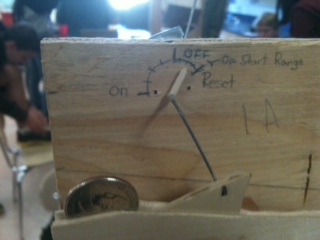 This is the beginning, were a wedge holds a quarter from rolling. Once you release the wedge using the handle the quarter will roll. 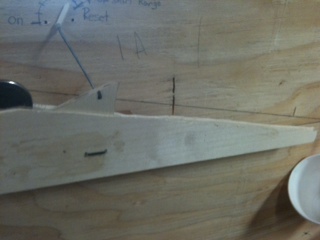 The quarter rolls along this inclined plane. 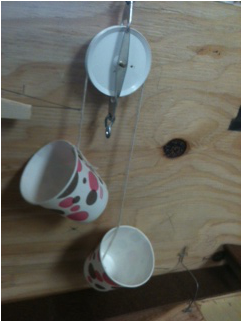 The quarter falls into the cup and the cup falls down as the one on the right goes up, activating the lever. There are two of the same cups so that they balance before the quarter comes and changes the force on the left one. 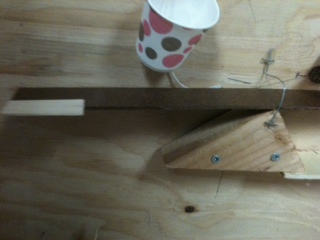 The cup hits this lever and the lever moves down on the left and up on the right. 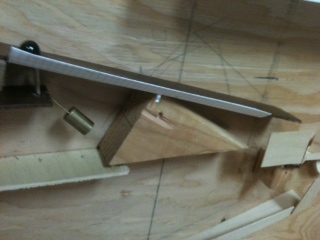 The lever from before hits this lever from underneath causing the lever to tilt all the way and turn into an inclined plane for the marble on top of this lever to roll down. 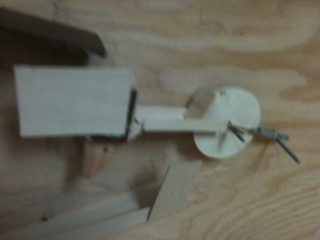 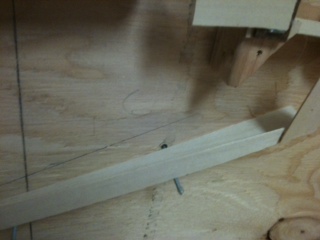 The marble then rolls onto this inclined plane from the lever above. 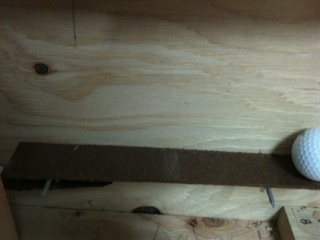 This golfball will be hit by the marble and will then roll across the brown path to the wheel and axel. 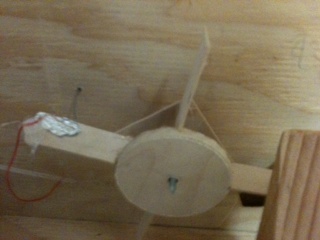 This wheel and axel completes an electrical circuit when the golfball lands on the right side and the other side goes up. 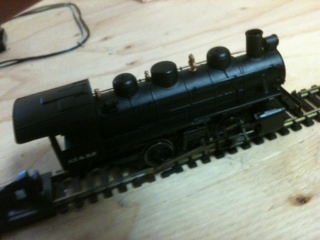 The train is going to start moving after the circuit is complete. It will then perform two tasks. 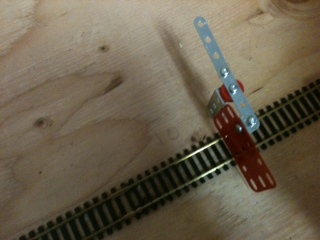 When the train hits it, this lever pulls a string that pulls a wood slab. This wood slab is half red and half green. The opening were you can see the slab is half the size of the slab. Se when the string pulls the slab it switches from the red half to the green half. This means you pencil is ready. 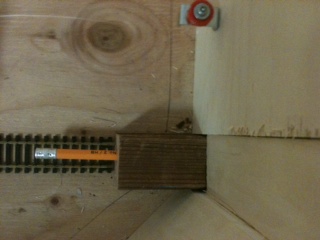 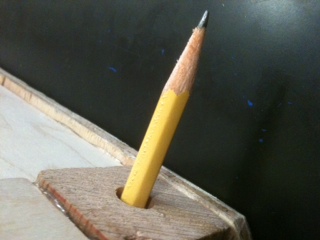 The pencil is finally dispensed.
In the video above you can see that we had a problem with the levers.  They kept not tilting all the way.  In order to fix this error, we added some more weight to the other side.  This way we were able to make the work on both sides equal.